GET READY TO REVEAL YOUR SPRING BRICK FUNDRAISER CAMPAIGN IN 5 STEPS!

GET READY TO REVEAL YOUR SPRING BRICK FUNDRAISER CAMPAIGN IN 5 STEPS!

For those in the Northern part of the United States, snow is starting to thaw and flowers are beginning to bloom. Spring is a lovely season for many reasons, one being that you can now begin the process of completing the brick fundraising project you were working on during winter. Once you have determined the location of where you are going to install your engraved bricks as well as how you are going to install them, you are almost good to go. The last step is deciding how you are going to launch the grand opening of your brick campaign to the public which is the best part of the entire process!

Step 1: Sending out blast emails about your brick campaign

The quickest way to reach a mass audience is by sending out a blast email. Make sure that the email contains details about when and where the grand reveal will be.

Step 2: Sending personalized invitations to all of those that contributed to your project

Without all of those that donated to your brick fundraising, your project would not have been possible. You can recognize these donors in a special way by creating a personalized invitation to the grand reveal of your engraved brick project. If possible, you can even include the location of where their bricks will be placed.

Step 3: Passing out flyers to your local community

Similar to sending out blast emails, passing out flyers are a great way to reach multiple potential brick donors. You can pass these out throughout your local community or put them up wherever bulletin boards are available.

Step 4: Running an ad in the local paper

While it might make some money out of the amount you’ve raised, running an ad in the local paper with the picture of a virtual brick is a guaranteed way to achieve a large audience.

Social media is a great way to let others know about your grand reveal. Platforms such as Facebook and Instagram even let you create an event to let people RSVP to!

If you are in the process of completing your brick fundraising project and would like more tips on how to create a grand reveal, please contact Polar Engraving at 1-800-546-7993 or email [email protected] 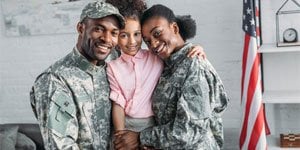